Often in the past, I would approach an intersection at the same time as a car and it seemed like the driver paused to let me cross the street. But when I entered the crosswalk, he/she accelerated and almost ran me over. The problem was that I had mistakenly thought that he/she had seen me, or there is some confusion as to who is yielding to the other person. One thing is certain though, 145 lbs of flesh-and-blood will always lose to 2 tons of metal.

For both runners and motorcyclists the safest thing is to NOT be in a situation where a potential collision can take place. On a motorcycle, you should use your superior acceleration and braking to keep a safe amount of distance from cars. As a runner, you don’t have that advantage, but you can plan your route to be free of conflict.

By planning a route, I mean altering your route on-the-fly by a short amount (say 50 feet) or so at intersections. Since the location of potential conflict is the crosswalk, I just avoid the crosswalk if a car is present. (Keep in mind that my route is along neighborhood streets, with not a ton of traffic.)

The common scenario on my run is that of a capital “T”. I am at the top right of the T, running to the left (West). The car is coming from the bottom of the T. I don’t know if he wants to turn left (West) or right (East). If he wants to turn right, he is more often than not looking left as he approaches the intersection, to see if any cars are coming. Often he doesn’t even look to the right, where I would be entering the crosswalk. If he doesn’t see any cars coming from the left, he will make his right turn, cutting me off. This has happened so many times!

So what do I do? As I approach the intersection, I follow around the corner 90 degrees and run along the street I want to cross (South down the middle of the T). After the car proceeds with whatever it was going to do, I dash across to the other side of the road, run up the T, then continue West at the top of the T.

This procedure totally removes myself from the area of danger. The driver doesn’t even have to wonder if he should let me cross, since I don’t even present that as an option. I am effectively invisible, and using it to my advantage.

That extra 50 (x2) feet I run adds on to my mileage, which is a nice bonus, so I am happy to do it. It’s not like I am racing the clock or anything. I’ll gladly burn those couple extra calories.

And I have the satisfaction of knowing that I am going to live to run another day. 🙂

Stay safe out there! 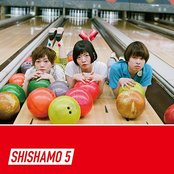