We spent the entire day in the city of Granada, starting with a leisurely 5-minute walk to the Catedral de Granada. It was pretty spectacular inside, and there’s even a free audio tour to enjoy. I’m not really much for churches or cathedrals, but you have to be impressed by how much effort and devotion goes into these monuments. It’s amazing.

Next up was lunch, since we didn’t have anything to eat yet. Near the cathedral, we found El Pescaito de Carmela and enjoyed some coffee, seafood, and paella. Delicious!

After lunch we headed back to our hotel to meet our tour company which picked us up around 13:30 and took us up to the tour office that is next to The Alhambra. I had procrastinated on this part of planning, so failed to buy tickets online beforehand for the “must-see” attraction in Granada, but luckily back in Morocco I sent an email to our hotel to see if they could find any tickets for us. They came through and booked us for the English tour! It cost about €52 per ticket, and included hotel pickup/dropoff, entry tickets to The Alhambra, and an English tour guide. A stand-alone ticket would cost €18.70, so for our visit to one of the top attractions in Europe, it was a no-brainer to go for the tour.

Our guide spoke good English, was funny, and had a ton of interesting information. For instance, we found out about the origin of the dollar symbol. The grounds were spectacular, and very well-maintained. I’d totally recommend the tour to anyone.

After the tour, we returned to the hotel and Mariko had a pedicure/massage, then it was time for an evening stroll and dinner. We ended up exploring the area near the cathedral again, and visited two tapas bars, the first Los Giardinos where we enjoyed pizza, pasta, and potatoes while sitting outdoors and people-watching. The cold beer was just what the doctor ordered!

Next we wandered to Plaza de bib Rambla for some shopping and more tapas! This time we stopped and ate outside at Gran Cafe Bib Rambla. We ordered a nice pitcher of sangria, and I also enjoyed my first gazpacho. Mariko and the kids think it’s gross, but I thought it was good! But, not something I’d order again. I’d much rather have some savory tapas than the veggie smoothie. We also got jamon and queso, and some other yummies that I cannot remember. We enjoyed the pleasant evening weather while sipping on cold drinks… it was heaven!

After that, we decided to go back to the hotel, but not before a dessert of helado (ice cream) at Golosita Italiana. What a great day in Granada! 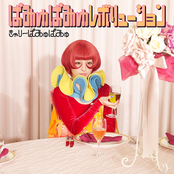 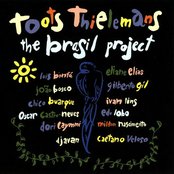