This is my current start screen on the tablet. I really love this little device!

“Finishing off a bottle of Merlot. And I just watched #Sideways recently. F$^@ing Merlot! (I like it though!)”
via Twitter http://ift.tt/1hcSqtV


I was thinking about getting a Fujifilm Instax camera and was doing some research on it. I’ve always liked instant photos (having owned a couple Polaroids before) for the fun factor. I was chatting with a friend about his Fujifilm Instax camera when my friend asked, ” Do you ever use your Dell Wasabi printer?” I told him that I forgot I even had it! I bought it through some special promotion for only about $30 (normally $100+) but I put it on the shelf and it was sort of an out-of-sight, out-of-mind type of thing.

For those who don’t know about the Dell Wasabi ZINK printer (which would be just about everyone), let me quickly describe it. It’s portable, about 1 inch tall, 4 inches wide, and 6 inches in length. Power is supplied by a rechargeable battery, or the power adapter. The 2×3 inch sheets of “ZINK” (zero-ink) paper goes under the cover, and it can hold maybe a dozen sheets at a time. There is no ink in the traditional sense; the paper actually has ink crystals embedded inside, and it is heat-activated. When the photo is made, it is already “dry”. The Wasabi is no longer sold, but you can buy a Polaroid Pogo printer, which is pretty much the same thing.

Now that my memory had been jogged, I plugged in the printer (amazingly I had labeled the power cord so it was easy to find) and then set out to learn how to print from it. The printer has two ways to connect to a device: 1) By plugging a PICT bridge camera in via USB cable , or 2) via Bluetooth. The Bluetooth option was what I went with, and it was so easy! I just paired it with my Galaxy S3 and was ready to print! I even paired the printer with my Windows tablet and then its as simple as right-clicking a photo and choosing “send to Bluetooth device”, then choosing the printer from the list. Like magic, the printer starts blinking and in about half a minute, a 2×3 inch photo is created. Its pretty great.

The photos themselves aren’t the best quality, but I think they look about the same as a typical Polaroid or Instax photos. Unlike the instant film, there are not white borders on them, so you the only blank space to write anything on it is on the back. But, a cool thing about the Zink paper is that you can peel the back off and the photo is now a sticker. Its really neat! Realizing this, I immediately set upon covering my tablet case with stickers. Since there isn’t a while lot of room to put tons of stickers on, I decided to divide up the photo into six one-inch photos. I think it turned out pretty good! The printer actually crops a little off each edge, so I created a simple Photoshop template with guides so I know pretty much exactly where it will cut off the photo. In the second photo, you can see I sized the photos differently to get different proportions. My tablet cover is well on it’s way to being covered with stickers!


I think I am going to give up on then Instax and just print from the Wasabi printer. I ordered more paper for it, and the idea of creating custom stickers is a lot more interesting than just getting an instant photo from the camera. Plus, one Zink photo costs about 28 cents compared to an Instax photo which is around 75 cents. The only downside is that the rechargeable battery is dead so I have to use the power adapter. I could get another battery for about $12 but do I really need it? I suppose for printing on-the-go it would be good (sort of like the mobility of the Instax). But I’m not so sure I would use it like that.

The Instax still holds some allure for me. Being able to write on the photos and having a completely self-contained unit is attractive. Plus the camera looks so cool. We’ll just wait and see if I still want one in a few months’ time.

You can buy the paper at amazon.com. If you want to hear more impressions about the ZINK printing, the reviews for the paper are pretty good.

“I love this song! Makes me miss the beach life… Toots Thielemans – Felicia and Bianca http://t.co/Y91ub8h9Xy via @lastfm”
via Twitter http://ift.tt/1hcSqtV 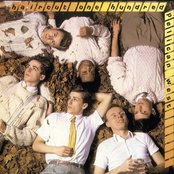 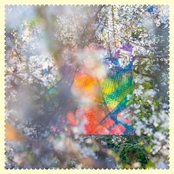