Today was another day of travel, but first, we enjoyed another yummy breakfast at Riad Meftaha before heading out to catch our train.

The journey to Fes was long, but pretty comfortable because we bought first-class tickets for the train. I recommend always paying the extra money which will get you assigned seats in air-conditioned compartments. And it is only a few dollars more than a second-class ticket. Well worth it in my opinion, especially in the summer!

We arrived in Fes in the afternoon, and unfortunately, there was a problem with the room we had booked at our Riad, but we were offered a room at another Riad (same owners) which turned out great. The hosts at Riad Tahra were friendly and helpful, and when they found out we were only in Fes for half a day, they recommended we hire a guide to take us to the main sights in the Medina, and we agreed to do so.

The guide was an older gentleman and was part of the official tourism group, and the price was set at 250 dirhams (about $25). The Medina in Fes is a UNESCO World Heritage Center and a real maze of winding streets and endless shops. So, the guide was invaluable! Not only did he take us to the top sights (with great explanations and information), but he shielded us from the more aggressive vendors. It was such a pleasant tour that I’d say it was one of the highlights of the trip for me.

After the 3-hour tour, we returned to the Riad to rest, shower (Mariko had a massage and hammam), and have dinner of delicious beef tagine, pastille, and couscous dish.

Even though we only stayed a half-day in Fes, it was a wonderful experience!

One thought on “Afternoon in Fes” 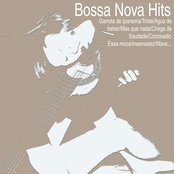