Today there were plenty of clouds and the temperature was only 89° F when I headed out for a run. These cooler conditions let me run farther today than I did a couple of days ago when I wilted under the intense Texas sun. There was also a really nice breeze so I totally enjoyed the run (more of a jog, really) and was able to complete my September 10K challenge early. Yay!

Hitting that milestone again is great, but what is really neat is that I wasn’t tired. I could have gone farther if I had more time.

When I was in my twenties, I used to run a lot and I noticed that there’s a point in your training at which it seems you can just keep running indefinitely. It’s a really neat feeling because you stop worrying about how far from home you can go on your route, and instead are free to wander down different streets and trails on a whim.

I used to enjoy exploring the city of Monterey Park where I lived at the time, and later when I moved to West Los Angeles and the area around UCLA. It’s kind of my goal to keep my legs in just enough shape to stay in this level. When I visited China a couple of years ago I could explore around the hotels without worry, and when we visit my mother-in-law in Osaka, I love cruising around the city. Even visiting my folks in my hometown of Torrance, I can run to the ocean and back. It’s so fun!

I like this kind of motivation for running, rather than something like losing weight. It’s something to look forward to for sure. I guess it’s about the journey rather than the destination. There are lots of cool things to see and hear while running (an bicycling too). I really enjoy it.

Today there was a heat advisory for the area where we live, but I wanted to try to get a 10 km run in to meet my August 10k Challenge in Strava. The 11:30 am start was later than I wanted, but oh well… the temperature was still only 89° F, which is below my cut-off of about 93° F. So I drank plenty of water and headed out.

There was a slight breeze which meant it was a bit cooler unless it was a tailwind, in which case it was like no wind at all. And the air temperature was fine. The big problem was the sun. It felt extremely intense today, and any time it was directly on me, I could feel my temperature rising quickly. Sure, it wasn’t optimal, but it did give something new to think about.

I’ve been meditating daily for a while now, and so I try to attune myself to how my mind wanders, and the thoughts I have. While running, I try to see where my mind goes on its own, but also have to keep track of how my body feels. With the hot weather, top of the list is making sure I don’t succumb to heat exhaustion (which I read about in the heat advisory alert on my phone earlier). Long ago I wrote a blog post about how when I run, I sometimes imagine my body as a mecha-robot from a Japanese anime, and my brain is the pilot sitting in the head. I still have that same idea, but now try to classify the random thoughts that come into my head. Perhaps they are like messages that flash onto the pilot’s computer screen. Some of the messages are related to the run, some are not. For instance, a thought about work might enter my mind. In my mech-robot, this is an incoming message across the computer monitor. Or remembering the heat advisory. This is also a message, but something more pertinent to the activity. At the same time, the pilot (my mind) has a dashboard of gauges and meters to watch. These are things like what my body temperature is, how hard my lungs are working, if I feel any soreness or pain in my muscles, or if I feel something truly alarming like getting the chills. The last example would be a flashing red emergency alert telling me that heat exhaustion is likely.

So those thoughts kind of run through my head on each run.

But today the extreme sun got me thinking about where I should run, specifically, should I run in the street or on the sidewalk. Here’s a list of pros (and cons) as I see it:

Today I ran on the sidewalk. I can’t remember the last time I did that, but the sun felt so intense that I decided it was the safer option. As you can see in today’s photo, the left side of the street was not very inviting while the right side looked nice and shady.

Anyways, my planned 10k route would take me on a stretch that had no shade at all, so when I looked at that long straight baked by the Texas sun, I said no way, and turned around to run on more shade-friendly streets.

While I didn’t complete my 10k, I did put in a decent distance which will make next month’s 10k challenge easier to accomplish.

I hope you had a cool day! またね～

I was browsing a bicycling subreddit and came across some photos that included the Strava statistics. I couldn’t for the life of me figure out how to create one, so I reached out to one of the posters of the thread and he told me that I had to Share an activity in Strava, and then can choose the photo or map. Worked like a charm! I don’t know how often I will use it, but I think it’s pretty neat.

Here’s another cloud photo that I took on my run. I really like clouds, btw. 😜

Lately I’ve been going on evening bicycle rides around the neighborhood. They are so relaxing since I take it pretty easy. And I love the granny gears on my bike. It’s like magic powering up those hills. 😊

I spent a little more time removing one last sticker from the frame and now it’s nice and clean-looking. There’s still some gummy residue which is really hard to remove completely, even using Goo-gone and my motorcycle degreaser. But it’s looking good! I just left one Kona sticker on the seat tube, and an International Space Station sticker on the fork. I’d love to find some new Kona stickers for the down tube, but want to keep it simple, such as plain black lettering.

Since we don’t drive much during the COVID-19 lock-down, I use the bicycle to collect the mail from our neighborhood mailbox. The panniers can hold a lot, which was fortunate today since a big yearbook-sized package arrived for Koa. But no problem! I loaded it into the pannier and then went on the rest of my ride.

It’s nice to ride at sunset (I try to be back before dark) since I often get to see the clouds lit up nicely. I also get to see lots of birds, but I don’t have my binoculars. I want to get a handlebar bag or basket so I can have them ready to use without having to get off the bike. I can’t simply reach back to the panniers for the quick grab, which is needed for birding. The problem is, fitting a bag on the butterfly/trekking bars is a little more complicated than on drop bars or a straight bar. Oh well, maybe I can find a bag laying around the house that I can modify to fit the butterfly bars.

In the meantime, I’ll just bring my camera for cloud photos. The clouds don’t fly away nearly as fast as birds do. 😁

Today I went for a lunchtime run, and immediately I could tell my legs were a bit tired and the muscles were stiff. From our house, whichever route I take is downhill so it’s a nice, gentle way to warm up and assess my physical (and mental) condition. Yesterday was a rest day so I wasn’t too worried about straining myself, however, I made a note to take it easy. I don’t want any injuries!

I’m reading the book The Pants of Perspective: One Woman’s 3,000 Kilometre Running Adventure through the Wilds of New Zealand by Anna McNuff and I kept thinking about what a bad-ass she is and how she dealt with physical down-days on her journey. Super-inspiring and motivating! That positive energy definitely helps with my mental state, and although my legs might still be tired, I don’t let that get me down.

I ended up running 3.43 miles, which I am pleased with, and my pace of 12:19 /mi wasn’t as slow as I expected. And besides, it was beautiful outside!

Not surprisingly, the run’s momentum carried with me into the evening and I went for a short evening bicycle ride around the neighborhood. I remembered to pack my camera and was rewarded with a really nice sunset. You know, it’s really nice having a cargo rack and panniers on my bike – I can get the mail, carry my phone and camera, and still have plenty of room to spare.

The ride was great and I saw lots of people out walking, running, and playing safely. Lots of waving too! Although we’re living in a pandemic situation right now, people seem to be keeping it together. I really like our neighborhood.😀

After the Moment
Craft Spells
2 hours 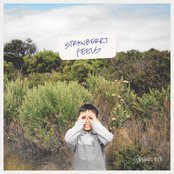 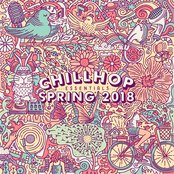 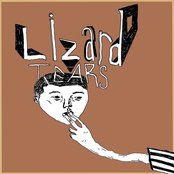