We’re coming up on the 40th anniversary of The Empire Strikes Back, and Youtuber AD_Edits created a modern-style trailer for it. I think it’s okay, but a bit boring and drawn out. Here it is below:

I much prefer this old trailer (below), especially the cool transitions that each of the major character’s still get. Luke’s portrait appearing when the Imperial March is playing is pretty awesome! This is a trailer that gets you so pumped to see it that you pre-order tickets asap, whereas the modern trailer is more like “I’ll wait until the reviews are in before I commit to a full-priced ticket”. YMMV of course.

May the Force be with you!

Tonight I went with my two sons to see the 1:25 am showing of Star Wars: The Rise of Skywalker. It was a late showing (Sunday morning actually) because we didn’t think to get the tickets earlier, however it worked out okay for me because I had a mild migraine in the afternoon so I slept from 3 pm until 11 pm and was well-awake to see that late-night show.

I enjoyed Episode IX a lot and thought it was great! I’m in the camp that thought The Last Jedi was an okay movie, but had some really cringey scenes. And when I saw “THE DEAD SPEAK!” come up on the screen for the final movie, I literally rolled my eyes and was prepared for the worst.

But I was pleasantly surprised and pleased with the story, pacing, action, dialog, and humor of the movie. There was plenty of fan-service of course, and the plot wasn’t very complex, but all-in-all it was a satisfying end to the Skywalker saga for me.

One thing I liked about the JJ Abrams movies was the quick bits of humor that were thrown in. For instance, in Episode IX when Ben Solo lands hard after jumping from a high surface, he lets out a little, “Ow” which I thought was brilliant. In the same vein, when Finn is rescued from the Rathtar by Rey in Episode VII, she just says, “That was lucky!” and the scene moves on, without skipping a beat. I loved those types of lines! In contrast, in Episode VIII, Poe’s “can you hear me?” scene with Hux was only mildy funny to begin with, but went on for far too long, and to me it was really lame that a huge part of their battle strategy was based on a silly Verizon joke.

Anyways, just like with Episode VII, I’m ready to see The Rise of Skywalker again on the big screen. And I usually enjoy the second viewings more than the first so I really looking forward to it.

こんばんは。May the Fourth Be with You!

In honor of Star Wars, I wore my one and only Star Wars shirt, a Uniqlo shirt that my family bought for me when they were in Japan. I still love the design! But there are seemingly random numbers on it, which must have some significance, but I don’t know what they refer to. 2, 1, 3, 3, 8, and 5. Maybe one day I’ll find out.

Today I also learned that SCANDAL will be having a concert in Dallas on September 16th! Unfortunately, I will be in China on a tour. But I’m not that bummed out because I have already seen SCANDAL in concert twice. They are pretty great, though! If you want to see a great show, go catch them on their US mini-tour!

I hope you had a nice Star Wars Day! 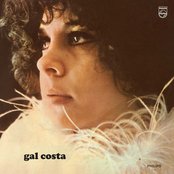 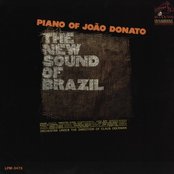