Tonight I went to see the Texas Stars hockey team play at the nearby arena (only 8 minutes from my house!). I went with a bunch of my work-mates and had a good time, both at the game and before in the parking lot where we had little tailgate party. Good beer, good brats, and good sausage!

I hadn’t been to see the Stars play for a couple of years, and I was wondering if we’d see the remote-controlled Mighty Fine Burger again. So I was happy to see when it flew again last night! It’ a fascinating contraption – it appears to be a very large mylar balloon, with a small mechanical unit on the bottom which has a couple of adjustable propellers.

It floats around over the crowd, dropping coupons down on the spectators. In the photo above, you can see the kids go nuts for it. Lots of fun, and Mighty Fine Burgers is a good burger place, local and delicious.

Of course, the UT Longhorns are the biggest team in town, but I’ve never been into college sports. After 18 years living in a college town with one of the most famous college teams in the country, surrounded by UT fans, and still not developing even the slightest interest in college sports, I don’t think I am going to change.

Well, I hope you had a great week, and have some fun weekend plans! 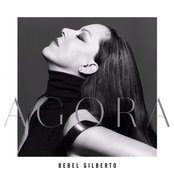