Stoked to get a retweet from Rina-chan!! 🙂

Yesterday was Setsubun (節分)! As always, Mariko made delicious ehoumaki (恵方巻き) sushi rolls, which I always look forward to. For those of you not familiar with this tradition, you are supposed to face the lucky direction, which happens to be West-Southwest for this year, and eat your sushi-roll without speaking. It’s fun and delicious!

This past year I’ve become a pretty big fan of the Japanese rock band SCANDAL. My good friend Mikey introduced me to them a few years back, but I never got into them until last year. But I started listening to them more early in 2014 and now they are one of my favorite bands!

I knew they play a lot of concerts in Japan but when they announced their world tour for 2015, I was looking forward to seeing them here in the States.

Just recently SCANDAL announced their US dates and although they are not coming to Texas, they will be playing at least one show in Los Angeles. It is at the House of Blues on the Sunset Strip.

I had already decided a while back (during Idol Nite at Mikey’s house) that I would be seeing them wherever they played, and Los Angeles is a great opportunity! Somewhere in Texas would have been ideal of course, but Los Angeles is second-best since I can visit with my folks.

When tickets went on sale I immediately bought one. I was happy and excited! But then the day after, VIP tickets were made available. A VIP ticket differs from a regular ticket in a few ways (as far as I know). First, you are able to get into the venue early to get a good spot (standing room only). Second, you receive a signed poster of the band. And last but definitely not least, the VIP ticket will get you a “meet-the-band/photo” opportunity. The VIP tickets were a little pricey and my initial thought was that they were too much money.

I mentioned to my friend Scott my hesitation to buy a VIP ticket because of the price and he said to me, “Do you want to tell your grand-kids that you got to meet SCANDAL, or do you want to tell them that you saved 50 bucks?” What the heck was I thinking! So, I canceled my regular ticket and bought a VIP ticket. And now I just have to find a flight to Los Angeles!

On a side note, there was a second show announced, but the listing was later removed. It was at House of Blues, Anaheim. If that date is officially announced, I might try to go to that as well. But… I think one VIP experience would be good enough.

I’ve had my current phone – a Samsung Galaxy S3 – for 2.5 years now and it developed a glitch that has become unbearable annoying.

Basically, every few seconds the phone would freeze for a moment, then continue. In Instagram, the phone would pause while scrolling, and the Instagram title bar would appear. After a couple seconds I could scroll again, only to have it repeat that pause in five seconds.

The final straw was when I was trying to watch a video last night, and every few seconds the phone would stop the video and show the menu system. Arrrgh! I was swearing like a sailor!

So I decided to do a factory reset of the phone, and start fresh. Before that, I did a backup of my Nova Launcher settings. Other than that, I just wiped everything on the internal memory.

Surprisingly, I didn’t have any problems logging into existing accounts. Once I logged into my Google account, almost all my apps started downloading to the phone. It was all done within about half an hour.

Now I have a fast phone once again, and the annoying glitch is gone! I’m crossing my fingers that it doesn’t return, but in the meantime I am happy again! 🙂 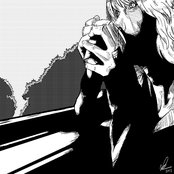 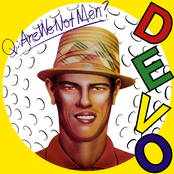 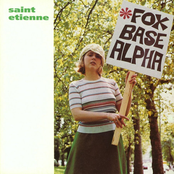 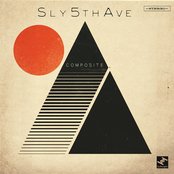