I’ve been enjoying my daily tea for the past couple of months now. It’s especially nice to drink out of the ceramic cup. It has a great feel to it. 🍵

The only problem is that our cat, Yuzu, also like to drink from it, and when I leave the room I have to put the cup on a shelf, otherwise I return to see her face inside it! 🐱

This morning I went for an early run, intent on completing another half-marathon distance. Last week’s run was difficult due to the fact that it was a hotter part of the day, and also because I didn’t have any water until the run was complete. That’s what happens with spontaneous exercise I guess. 😋

This time around I did a bit of research beforehand and planned a route that would bring me back home a few times for hydration. It’s basically a four-mile loop, run three times, which would provide water breaks at the 4 and 8-mile marks (I put a big Nalgene on the porch). I also was starting out at 7:30 am when the temperature was a comfortable 79°F / 26°C.

As it turns out, this plan was a life-saver because at about mile 3, last night’s ramen decided to make it’s lingering presence known and a bathroom break was in order. That might be TMI, but it’s actually good to know for the future.

During the break, I drank about 300 ml of water and I also grabbed my wireless headphones before heading out for the second leg of the run. I usually run without headphones, but I was grateful to have some tunes in my ears for the longer distance. Another good thing to keep in mind for the upcoming Austin Marathon.

The second loop was excellent, and I felt really good. There are two hills on the route and I felt strong tackling them.

At the 8-mile break, I drank another 300 ml of water before starting the third loop. After running about 10 minutes I decided to take off my shirt and run “American-style”, as my wife calls it. 😂 But my shirt at that point was drenched with sweat and kind of heavy to carry in my hand so I looped back home to drop it off by my water, then set out again on the route. That little detour back home added a couple of miles which meant that I didn’t have to run the full third-leg of the route.

However, I decided to just go for it and figured that I could make a shorter loop if I felt like it and still complete the half-marathon. At this point in the run (10 miles), my legs were losing energy, but I felt no pain in my joints (I was hurting last week!) and I wasn’t winded at all, nor was I sweating a whole lot. Plus, running “American-style” is so liberating!

I ended up completing the full leg, so my total distance was an even 16 miles – my longest run ever! I’m pretty proud of that.

I’ve been registered for the Austin Marathon for a couple years now (it has been cancelled two years because of COVID-19) and am hoping that things become safe enough by February where I can run in it. It’s still up in the air, and if they decide to hold the event, I still might not do it because I don’t want to be around so many people. But we’ll see! That being said, I would like to run my own 26.2 miler well before February rolls around. I honestly don’t care too much about the event, but I do care about the distance.

This morning I went for a run. My original plan was to run to the hike and bike trail and see how crowded it was. Right now we’re in the midst of another COVID-19 wave (Delta variant) and I don’t want to run near others. When I arrived at the trailhead, I saw that the trail was packed with people. I was the only one with a mask, and the trail’s width is only about the equivalent of about two sidewalks so I turned around and headed back to the neighborhood where I could run pretty much alone.

I was so glad I did because there was zero stress, and I could just put my mask around my wrist instead of keeping below my chin at the ready to pull over my nose and mouth.

So I just ran… and ran… and ran more. At about the 5-mile mark I was feeling great, and then at the 8-mile mark I started thinking that I should just go for a half-marathon distance. I had done this before, but it was a November run when the temperature was much cooler. I also realized that 13.1 miles is pretty far to go without any water or snacks. My legs were in good condition, though, so I kept on cruising along through neighborhoods that I haven’t run in before (but have cycled in), and eventually made my way back to my daily 5 km route. The distance I had run was 10.5 miles at that point so I figured I could just run my 5 km route (plus a tiny bit more) and complete the 13.1 mile run.

That last bit was a little bit of a struggle as I could feel my legs really losing energy, and new soreness starting to develop in my joints. Even though I didn’t feel thirsty I knew that I really should have been drinking some kind of liquids and with that in mind, I monitored my body condition carefully.

After 2 hours and 45 minutes, I completed my run at a total of 13.23 miles. That put me at a 12.5 minute per mile pace which is pretty much normal for my long runs.

I’m really happy with this morning’s accomplishment and it’s a boost of confidence for next year’s marathon that I am planning on running. I’m curious to know how a half-marathon feels with proper hydration and snacks, so I will plan out some half-marathon routes that loop back to my house every few miles where I can get water and pick up a snack. Something to look forward to!

The temperature this evening didn’t drop down below 90° F until 8pm which is when I decided it was okay to go running. There was still quite a bit of light to see by, and it was really cool to run in the blue light. The moon was just rising which made it feel very special.

I also had a ton of energy and felt so good that I ran at a very fast (for me) pace. For the past few weeks, I have been running my 5 km route almost every day and some days I hardly have energy, whereas days like today are the complete opposite. But either way, I always enjoy the run.

This evening I rested the running shoes and hopped on a bike for today’s exercise. But instead of going out with the intention of burning calories, I decided that I wanted to go for a leisurely ride. My friends and I used to “ride bikes” a lot when we were kids, and I wanted to recapture that feeling of not having a destination, and just enjoy the magic of balancing on two wheels.

So with that mindset, I was riding up on the sidewalk, hopping off curbs, and generally acting like a kid. It was so fun! I live in the suburbs and there isn’t much traffic on the neighborhood streets so I don’t have to follow the “rules of the road” so strictly.

That being said, I didn’t go full 10-year-old hooligan and slide out in the gutters or skid down people’s driveways. 😆 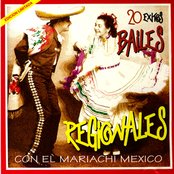