Amazon announced a new e-reader, the Kindle Voyage. It looks so great, and of course I want one. But for $199? That seems pretty steep… so as I look at the current Kindle lineup (the dedicated e-reader, not the Fire tablet), my choice would be the Paperwhite. Bay has one, and the backlight is so great and convenient. If you don’t know, I have a Kindle Keyboard – it’s the one that has keys on the bottom. I still love it because the battery lasts forever. And it has something the others don’t have: speakers and a headphone jack. It’s a really nice feature actually… I have a bunch of nice classical piano and guitar mp3s on the Kindle, and it’s great to have that play softly as I read.

In short, the new Kindles are cool, but my old Kindle is still chugging away, and shows no signs of slowing down. 🙂

I finished a book! I feel like I am on a roll! Haruki Murakami has been one of my favorite authors for a long time; I think I started reading his books in 1994, starting with Dance Dance Dance and Wild Sheep Chase. My latest Murakami read is Sputnik Sweetheart, which is typical Murakami (a good thing!). It’s got a flawed but likable main character, a mysterious friend, elusive romance, and a little mysticism thrown in. I don’t have too much to say about the actual details, but I will say that I loved the ending!

I thought for sure that Sumire would be lost forever and K would kind of just go on with his life, so when Sumire called K at the end of the story, I was really happy! How unexpected!

I also enjoyed the setting of Greece. I recently finished Murakami’s “What I Talk About when I Talk About Running” and in it he talks about running the original marathon route in Greece. I am guessing his time there is connected to writing of Sputnik Sweetheart. The hot, dry climate and intense sun painted an amazing picture that gave Sputnik Sweetheart a truly immersive experience. I loved it!

In December I got a new tablet. It was kind of an anniversary/Christmas gift and I wasn’t sure if I really needed a new computer, but the moment I turned it on and started using it, I fell in love! It’s actually the first tablet computer I have owned although I have been using a touch-screen device since 2008 when I bought my HTC G1. My new tablet is a Dell Venue 8 Pro, which runs Windows 8.1. I was also interested in the Nexus 7, but kind of wanted something new and different (I have a largish Android phone also). The Venue 8 Pro was the right price and Windows 8.1 looked kind of fun. Plus I like Dell since that company has been so good to our family.

The 8″ screen size is really nice. It’s big enough to read manga and books on it comfortably, but small enough to hold in one hand. The screen in nice and bright (disable Dell’s auto-brightness), and the colors look wonderful. I love the lock screen slideshow feature on it. It is pretty great. There aren’t as many apps available for the Windows 8 ecosystem as there are for iPad or Android, but the ones I have found are pretty nice. Some native apps I am hoping for are: Instagram, Tweetdeck, Gmail, Google Calendar, and WordPress. Sure, I can just switch to a browser or desktop view and use the webapps, but a native app would be nice!

Which leads me to what I think is a cool thing about this tablet: it is running a full version of Windows 8.1 so I can just switch to desktop mode and “take care of business” there. For instance, there is a Dropbox app, but it is pretty terrible. You can’t really do much with it. But I was able to install Dropbox as I have on my other PCs and it syncs my photos and documents automagically in the background. I like to save photos to a directory, and this directory is the source folder for my screensavers on the tablet, as well as my PC’s. So I can save from any device, and it is added to my screensaver on all devices. It’s magic!

It’s not all wine and roses, however. There are a couple things that need to be improved:

All-in-all I love using my tablet (which I have named Sonmi-451). It’s so convenient and fun. Definitely worth it!

Yesterday I started reading Yokohama Kaidashi Kikō on my tablet (via Manga Bird). So far it’s one of my favorite manga. Granted I have not ready hardly any manga, but this one is keeping my attention the most, which is strange because not a whole lot happens in it! But I love the simple style and the short vignettes have a certain charm to them. The manga started in 1994 and ended in 2006, which is interesting because the fashion that the characters wear is very ’90s. I am wondering if the belt-line on their pants will get lower as the manga progresses in years! One thing I really like about this one is that the main character rides a scooter. I guess that is why I liked Kino’s Journey (キノの旅) as well.

A beautiful sky at the library. 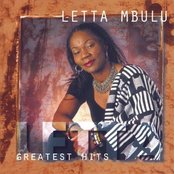 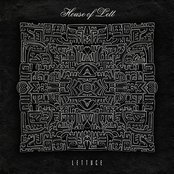 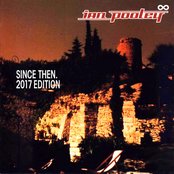 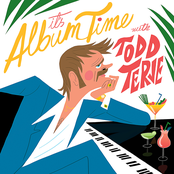 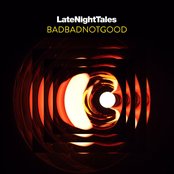