こんばんは！ Hello! How was your Saturday?

Mine was pretty great! I actually had to work a bit this morning, and I went into the office which was nice because I got to enjoy coffee from our fancy machine (which my friend calls “barista in a box”) and concentrate in a quiet office. Then I picked up my kids from Japanese school, and we relaxed at home and watched the X-Games on tv.

What made the day really fun was that Mariko is working at the X-Games, helping out two Japanese skateboarders who are competing. And one of the skaters, Kisa Nakamura, won the gold medal in the Park event! She did amazing! The other skater, Aori Nishimura also did well competing in the Street event, placing 7th place. And what was really cool was that Mariko got both their autographs for my helmet. 😊 And an even cooler bonus was that she got Mimi Knoop’s autograph too! w00t!

So, today was a good day. I think Mariko really enjoyed the experience… she worked hard but I think it was very rewarding.

After getting our new skateboards last summer, Bay and I decided that we should take our boards when we travel and go skateboarding on vacation. So for our Christmas trip to visit my family in Los Angeles, we packed up the boards and brought them. Actually, I only brought over my trucks and wheels since I had an old deck at my parents’ house, while Bay brought over his whole skateboard.

The first day we were there, we rode to the park and skated around there. My old deck is a real ’90s style, with a squared off tail (and tail guard!) and front of the board goes a bit wider. It is such a comfortable cruiser shape! I loved riding it again!

On Christmas Eve day, we all went to the Strand. Most of the group was on bikes, but my oldest brother, myself, and Bay rode our skateboards. I also borrowed some rope from my dad because I was anticipating being towed by one of the bike riders. And as you can see from the photo above, we made good use of the ropes! Riding on the Strand brought back so many memories. It was なつかしい！(nostalgic)

The only thing I would change is that instead of bringing my Bones wheels, I’d bring the OJ’s instead. The softer and quieter OJ’s would have been more comfortable and easier on the ears than the hard Bones.

When the vacation came to a close, I was going to bring my old deck back to Texas but decided to just bring the trucks/wheels home. I’ll leave the deck in California for the next visit!

Last month when we visited my brother and nephew in Hawaii, they showed us some pictures from when they traveled to Japan. In some of the photos, they were skateboarding around the city and it looked so cool and fun! So, when we returned home to Texas, I decided that I wanted to get a new board and skate more. And… it would be cool to skate with my sons too! I bought each of them a new skateboard, and I upgraded my old setup with a new deck and wheels.

The setup that I was using was actually a strange combination of 7.75 inch wide deck, some Gullwing trucks and Vision wheels, circa 1995. The deck was given to us as a wedding gift from Mariko’s friend. So, that was a real frankenboard. I decided to first upgrade the wheels with softer and wider OJs (so smooth!), and then followed up with a 9 inch wide deck which I found at Fast Forward. I was surprised that that store had a deck in the size and shape I wanted (the tail is flat)! However, I had to get rid of the graphic on the bottom, so I took the orbital sander to it and smoothed it out to the wood. That layer of wood was actually stained a bright pink! Not my first choice of color, but I think it actually looks kind of cool especially with the translucent blue OJs. I am covering up the pink slowly with stickers though!

The top of the deck was stained red, and I knew I wanted to customize the top and put clear tape on it. I think that it is such a great opportunity to customize your board, rather than just slapping black tape over the whole thing. I must be in the minoirty though, since only longboarders seem to care about the tops of their boards. Anyways, I went with a large seal design from a chop (hanko or stamp) I got in Hong Kong many years ago. And for fun, I put a small sticker up top that I found in Osaka. It’s very otaku.

I was so happy when Bay and Koa said they also wanted to customize their boards! Bay painted two white stripes on top, and “No. 1” since it is his first skateboard. Koa went with a hexagon pattern for his griptape. They both turned out great!

We are fortunate to live near a city-owned skatepark, and i’s really nice one! There is a street section, a small pool, and a large pool. Since the kids are pretty much total newbies, we started out practicing a lot at their school parking lots and basketball courts. But now we also like going to the skatepark and practicing going down the small ramps. We also go into the bowls and practice fakeys and pumping to keep up the speed. It’s so much fun! As for myself, I’ve been able to get over halfway up the side of the deep end of the pool. I still can’t drop in, but I am improving every time we skate, and so are the kids!

I’m really glad that the kids are enjoying it. I hope they continue for a long time! And inspired by Kevin and Taylor, we want to bring our skateboards when we travel! 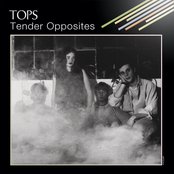 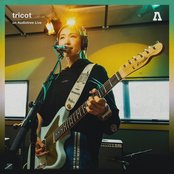 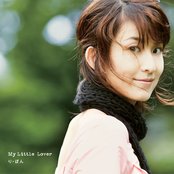