Here in Texas it’s still very warm out. Today reached a high of 90° F (32° C) so it still feels like summer. But it’s a perfect temperature for me! I love it. 🌞

This afternoon my fifteen-year-old son Bay prepared his first meal for the family! It’s a simple but delicious spaghetti recipe that we’ve had in the family for years so it was a perfect introduction to cooking. 🍝 He’ll be going off to college in a couple of years so we thought it would be good for him to get some experience in the kitchen.

I helped Bay dice the onions and garlic, then saute those in olive oil. He measured out all the spices and opened all the cans of tomatoes. The recipe calls for meatballs, so he ground the beef in the Kitchen Aid grinder using a 2 lb. cut of chuck roast, then combined with all the other ingredients and formed the meatballs. Next, he browned them in the skillet and added them to the sauce.

He also cooked some hot Italian sausages and added those to the sauce. Part of making the recipe his own was slicing the sausages in a different way, and making the meatballs a smaller size than I usually do. There were a couple other “safe” deviations from the standard recipe, for instance, adding more egg to the meatballs, going without breadcrumbs, etc. It was a chance for Bay to make this spaghetti his own.

Lastly, he boiled the water, cooked, and drained the noodles. Then it was time to eat! 🍴

I was pleased that Bay wanted to cook and was enthusiastic throughout the entire process, And Koa (his 12-year-old brother) said that the spaghetti was delicious. I think that made Bay feel pretty good! 😄

This dish is a perfect one for him to know because it is easy and delicious, plus it would be easy to adjust the amount depending on how many people will be eating.

Bay’s first meal was a huge success and I’m confident that my mom’s spaghetti recipe will be passed on to the next generation. 😊

Hope you had a nice weekend! 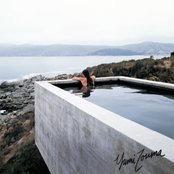 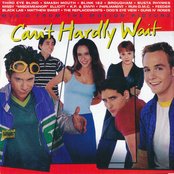