This evening Koa performed with his middle school band in the Winter Concert. 🎶 It was pretty cool because the percussion section had an ensemble performance, and they were awesome! 🥁 I have to say that the percussion section is the most interesting of all the band sections. I guess it’s just the nature of the instruments that you can see the mallets and movement and standing percussionists, as opposed to the brass and woodwind sections which are seated and you can’t really see the finer detail of finger movements.

At any rate, the entire Honors Band sounded fantastic and it was yet another highlight of Koa’s middle school band career. 🎼

FYI, I can’t post the video of the performance until the end of the contest season since tonight’s recording will be used in the judging process… 😞

I hope you had a wonderful day!

Down on the Street - 2005 Remaster
The Stooges
7 hours 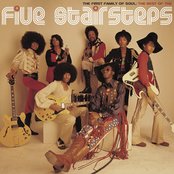