Today we went camping with some friends at Guadalupe River State Park. We enjoyed a fun evening eating yakiniku and laughing until late into the evening. I think the dinner at the campsite is the main focus for this particular group of friends, which is just fine with me. 😄

Mariko said I needed to eat all the potato pieces in the curry because they don’t freeze well. I love potatoes, but I think I definitely hit my limit for a while!

You cannot go wrong with sushi as a birthday dinner. ♥️🍣

Today, Mariko went out to breakfast and shopping with her friend, so I had some free time before meeting back up with her in the afternoon. I of course put on my running gear and headed out for a run, this time heading farther east towards Diamond Head and just continuing around it counter-clockwise. When I got to the entrance of the state park, I decided to get some hill-work in and ran up the entrance road, then through the tunnel, and into the crater itself. You need reservations to enter into the actual park, and since I didn’t have any, I just turned around and went back down to the road that circles Diamond Head and continued on my circle path and back to the hotel. It was a great run!

Back at the hotel, I looked out at the beach and the blue ocean and thought I might as well take advantage of the awesome location (and free beach towel) and go for a swim. The water felt so good! It was the perfect temperature – not too warm, but not chilly either. The relaxing swim was great after a sweaty run and I felt refreshed and ready to go!

After a quick shower at the hotel room, I was feeling pretty hungry and I looked at a few options nearby. There were a couple ramen shops, but Rainbow Drive-In was calling my name! The legendary plate-lunch place wasn’t very crowded at 11:30 so I was able to order right away and enjoy my mix-plate at the picnic tables in the back. Just 15 minutes later, a long line had formed so I guess I had perfect timing. 🙂 The mix-plate was pretty huge but I was so hungry after running and swimming that I finished it no problem. That morning exercise really keeps my appetite going.

I still had an hour before meeting back up with Mariko, so I strolled around Waikiki, got a coffee at Kai Coffee (and the barista spelled my name correctly on the cup!) and people-watched for a bit. Ah, vacation is great!

Soon I met Mariko back at the hotel, and then her friend and her friend’s husband picked us up and we drove out to Waienae for dinner at The Beach House by 604, We munched on appetizers, enjoyed beer and tropical drinks, and then watched another beautiful Oahu sunset. It was so fun to meet new friends and chat about work, kids, family, and life in general. Shiawase!

This morning, I went for another run. This time I headed west, along the beach path that we walked on the night before, and ended up at Ala Moana Beach Park. It was fun to stop and watch the surfers and also the canoe teams heading out. A classic Hawaiian scene. I then retraced my steps back to the hotel, satisfied that I burned some calories and could eat like a king once again. 🙂

Speaking of eating, we went back to Halekalani for breakfast today, but instead of the buffet, we went to the Orchids restaurant. It was also very nice, but I think I preferred the buffet since the menu options in our package didn’t include the fancy a la carte items like eggs benedict as we expected. However, they did have a haupia French toast that was pretty good.

Next, we hopped on the City Bus and headed over to the Kaka’ako farmers market. We spent a fair amount of time there shopping, but the sun was very hot so we needed to cool down. And hey, we were within walking distance of Hana Koa Brewery again, so why not get some beers we didn’t try the day before? 🙂

Across the alleyway from the brewery is The Rice Factory, a specialty shop which sells the best rice on the islands. I’ll have to see for myself after we get home, because we bought a couple of pounds of rice to try. Will our two carry-on roller bags be enough for the trip home? Who knows…

By this time, we had to get back to the hotel and get our bags since we were moving to a different (and cheaper) hotel. But along the way, we stopped at a ukulele store to check out the instruments. There were a ton of different models, of all prices… from the cheap Kalas to the high-end Kamakas and KoAlohas. We were the only ones in the store besides the shop attendant, who was fast asleep behind the counter. I guess he was out late last night, or up early hitting the waves. The whole time we were there, he didn’t move a muscle. Good thing for him, we aren’t thieves, 🙂

We picked up our luggage and took a Lyft to the Park Shore Waikiki Hotel. It’s at the eastern end of the Waikiki hotels and we had a great view of the water. It’s an older hotel, but the location is excellent. Like the Halepuna Hotel, there’s filtered water in the lobby to fill up your bottles and free beach towels to borrow.

After checking out the beach for.a bit, we caught the bus and went to Izakaya Chiba-ken. It’s a fun, inexpensive place for drinks and Japanese food and we enjoyed some beer and yakitori. But this was just the warmup before we headed to another izakaya where we had reservations at the sushi bar. Sushi Izakaya Gaku is quite a bit pricier than Chiba-ken, but the food is sooo good! Everything we ordered was amazing… from the mentaiko potatoes, to the matsutake mushroom tempura… and the sushi… wow! Everyone we talked to had the same thing to say about Izakaya Gaku: it’s expensive, but excellent.

After that, we caught the bus back to the hotel and drifted off to dreamland 🙂 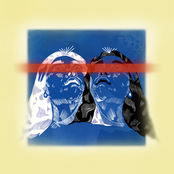 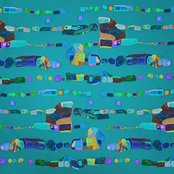 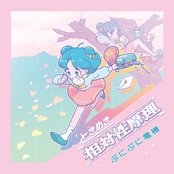 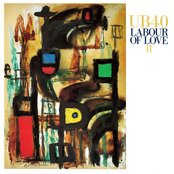