I attended 100% Mixed 100% Nikkei – Experiences of Mixed Race Nikkei Webinar hosted by the JACL, in which the discussion centered around the experience of mixed-race people, and specifically those with Japanese ancestry as part of their makeup. I enjoyed it quite a bit, and especially the discussions that touched on where we fit in with today’s events surrounding racial inequality, the BLM movement, and the rise of white supremacist rhetoric in America. I didn’t realize (and I still need to explore) how the Japanese-American community was affected by the civil rights movements in the 60s, and became the “model minority” as a response to anti-blackness. It’s something that not a lot of people think about, but I think it’s worth exploring.

I’m happy that organizations like JACL exist and provide resources for helping Nikkei explore their roots. It’s refreshing to see and hear people of mixed race speak about their individual experiences that make up a collective experience that so many of us share, even though everyone’s present situations might be different distances from when our ancestors came to America. And it’s also wonderful to see people of different age groups too! There are many differences generationally, but we all are the same in that we are curious and want to know more, and share our experiences.

It seems to me that first-generation Asian-Americans share a stronger bond with each other, and with each successive generation, those bonds becomes weaker, or perhaps less-easily defined. Japanese-Americans (and Chinese-Americans) have been present in America for a relatively long time as compared to other Asian groups, so the Nikkei bonds have to extend a greater distance. And each generation may have additional ingredients added into the mix, so it’s harder to identify a dominant flavor. I’m not sure if that is a good analogy or not. At any rate, I think third-generation (Sansei) or fourth-generation (Yonsei) Japanese-Americans have less common identity to use to connect with each other as compared to first-generation Asian-Americans. It’s very complicated, yet fascinating.

I’m a Yonsei, so Bay and Koa would be Gosei (fifth-generation). But since Mariko is an Issei (first-generation), they could also be considered Nissei (second-generation). 🤷‍♂️

A 1.5 hour webinar is not nearly enough time to cover such a complex subject, but it’s a great start! I’m very happy that I attended. Thank you, JACL, for putting it together! Much more to learn… 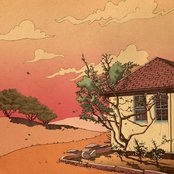 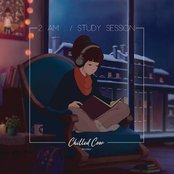 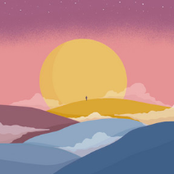 Under Your Skin
bluntone
1 hour