Sorry, there will be no regular post this evening… I am sad to say that our cat, Miki, passed away. I am glad she was comfortable and not alone during her final hours.

I’ll be back tomorrow.

こんばんは！How are you doing tonight? Can you believe that we have reached the end of January already? Time really flies.

As expected, it was very warm today… I think the high temperature got up to 81° F! It was so nice outside that I went for a 2-mile run. That felt great, and I broke a sweat early on it was so warm.

Before the run, I went to the market to buy things for dinner, but I made sure to go the the extra-large supermarket nearby to get some Pickapeppa. Do you know this sauce? It’s from Jamaica, and it is delicious.

My mom was born and raised in Jamaica, so when I was growing up, we had a bottle of Pickapeppa in our pantry at all times. We usually used the original (brown) sauce, but there was also the hot pepper version in a smaller bottle. I didn’t really like that when I was young, but now, that is the one I prefer. This morning my kids had some Jamaican patties for breakfast (my Mom made them) but we ran out of the red Pickapeppa. That’s why I made it a point to go to the market that I knew carried the red version.

Well, it’s only 8:15pm now but I am exhausted. I think the combination of the afternoon run and the fact that I woke up at 5am means that I need to go to bed early tonight. Tomorrow the kids have the day off from school which means I don’t have to prepare breakfast for them… that means I can sleep in a little bit later too!

Let’s have a productive Monday!

My current condition: sleepy and ready for bed. Last night, I only got about 4 hours of sleep, and while I felt great all day, a wave of fatigue just hit me a little while ago. Barely hanging on!

This morning was very productive. I went to the bank to deposit some money, then stopped by the UPS store to drop off a return package to Zappos, and after that, to the post office to mail of our property taxes. I did this all before 10am! But that seems like ages ago… It was a great day, however! 😀

Today’s photo is of some cute cat figurines in our home office.  I’m not sure when Mariko got them but I really like them! They usually hang out on the cabinet shelf above Mariko’s side of the desk, but I moved them onto the desk for this photo. I really like the bokeh that the Fujifilm X100T produces. Lots of character!

Okay, I think that is all my brain will allow me to write tonight. So, until tomorrow!

Although I love the warmth, I am worried… I mean it’s January so it should be cold! I am wondering how the planet’s climate will be when my kids are adults, and even what the world will be like when my grandchildren are adults. I can imagine that there will be more powerful storms, sea levels will have risen, etc. It’s really a shame. But I am reminded of some lyrics from Everything But the Girl – “In the end, if you take care, you can be happy or unhappy anywhere.” I suppose this could also apply to your place in world history too. I’m sure there will be plenty of happiness whatever the future brings to the planet.

And speaking of happiness, just look at today’s photo! There’s happiness in-the-making right there! As you probably know, my wife is an amazing cook and baker, and she can roll some mean sushi too! Here you can see the fixings for some sushi rolls she was preparing for a potluck party. I “sampled” a lot before the party, so I didn’t eat much there… but really I needed to make sure I got to have a nice share of the sushi before it all got devoured! (I’m not an idiot)

If you haven’t made sushi at home, you should give it a try! Lots of places now sell sushi-grade (and safe) fish, and it makes for a really fun party. You can even order sushi fish online and have it delivered in refrigerated packaging. Very convenient!

I hope you all have a great day!

. It’s really cool, isn’t it? 🐝 It looks great and it works nicely too. I had never seen this before until the other day when Mariko was using it for one of her recipes. And I knew it would make a nice photo. I just had to find the right light, and today’s evening sun provided a nice brightness to the honey. If you think it is cool, you can get it using the link above. It’s only a few bucks!

Well, it’s almost Friday (already is for most of the world actually) which means the weekend is near! And the weather here in Texas is supposed to be fantastic. Hopefully we can spend some time enjoying the sunshine! ☀️😎 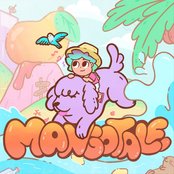 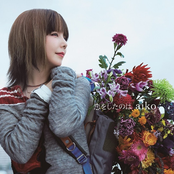 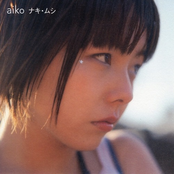