こんばんは。Mariko had a simple request for Mother’s Day: please feed me and let me watch my tv shows. 😆

With that in mind, Bay was tasked with preparing breakfast, and Koa would help with the grill at dinner, and also make sure Mariko had mimosas on-demand. 🥂

First up was breakfast, and for this, Bay made deluxe breakfast burritos with eggs, cheese, chorizo, jalapeño sausage, bacon, and hashbrowns. Since we couldn’t find super-gigantic tortillas, Bay divided them into smaller burritos, but they were still awesome. 🌯

For dinner, Bay prepared garlic mashed potatoes in the Instant Pot, while Koa grilled the sirloin steaks on the deck barbecue. This was Koa’s first time grilling, so I helped him with the meat-thermometer and seasoning the 4 Top Sirloins

from Omaha Steaks. They turned out nicely, with perfect medium-rare doneness. I threw in some broccoli for good measure, plus some rolls that Mariko had baked earlier, and it was a yummy dinner! 🥩

And as a little bonus, we also gave her a bouquet of fresh flowers. 💐

p.s. We ordered a bunch of food items from Omaha Steaks, and if you’d like to try the Top Sirloin steaks like we had, please click on the delicious-looking steak photo (affiliate link) below.

Today I had the day off from work (Good Friday holiday), so I worked on a little task at home, which was to declutter our deck and replace our old barbecue grill with a new one. We’ve enjoyed using our Char-Broil TRU Infrared grill ever since we bought it, but the hose to the propane tank seems to have developed a leak, and add that to the fact that the electric starter hasn’t worked for a while (and it’s a pain to light manually), we decided to get a new grill.

Grills don’t last too long in the harsh Texas climate so I decided to go with an inexpensive one this time, thinking I’ll replace it in about the same time I would replace a really nice one. That led me to look at the grills at Walmart, where I decided on the Expert Grill 3 Burner Gas Grill. It’s pretty much just a basic grill but has space for 17 burgers, and three burners so you don’t have to heat up the entire surface area. Our old grill had space for only seven burgers, and it was pretty cramped. The new grill, even though it’s not huge, seems so spacious! There’s a model with a small side burner instead of one of the shelves, but when we had a grill with that feature several years ago, I only used it once. As a bonus, the grill was just under $100 and I got a nice 5% cash-back through the excellent Rakuten Ebates program.

Assembly was pretty straightforward and took about an hour, but I ended up with one extra part that wasn’t in the printed manual. There was a newer manual online, however, that showed where to put that mystery support brace. After that, the grill was finished! I seasoned the grate with oil, then let it smoke for a bit, and it was ready for use.

Mariko bought some really nice steaks for the first meal prepared on the grill, and they came out great! Not perfect, since I overcooked the meat a tiny bit (must make sure to take them off 5 degrees earlier), but the quality of the meat was so good that they were still juicy and tender. Just plenty of salt and pepper was all that was needed for the flavorful steaks.

It was a productive day, with many things thrown away from the deck. On my task list for tomorrow is to apply some waterproofing stain to the deck and we’ll be ready for summer! 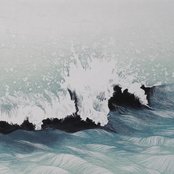 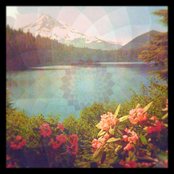 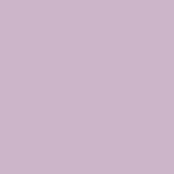 thoughts of you
VBND
6 hours 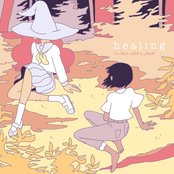 Let's Walk Across This Forest, I Can Feel Everything Being Real Again
In Love With a Ghost
6 hours 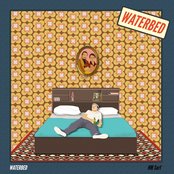