One of our holiday traditions that we all look forward to is my mom’s huge Jamaican food feast. We usually have it as a Christmas Eve or Christmas Day dinner, but this year we delayed it a bit since my brother’s family joined us after. But of course the food was awesome! Here’s a list of some of the items on the menu:

Yes, we were stuffed! I’m certainly “bulking up” on the calories this vacation. 😆

Today we had a bit of an excursion up to Los Angeles, for some eating, with a little shopping thrown in. First up was République Café and Bakery where we had This Morning’s Bread, Smoked Salmon Benedict, and a number of different coffees. The food was delicious, and the restaurant was really cool. I had never heard of République before, but it’s apparently very popular – I saw many selfies being taken there.

After République, we did some shopping at The Last Bookstore in downtown, then drove back over to Korea Town for some Korean barbecue at Song Hak. The meat was so yummy and tender. The side dishes were also delicious and the soju hit the spot. I definitely recommend Song Hak!

To close out our day in Los Angeles, we stopped by world famous Randy’s Donuts to pick up some dessert. Even though I grew up in SoCal, I had never been to Randy’s, so this was a special treat. Unfortunately, I thought the donuts weren’t very good. Our matcha donuts didn’t taste like matcha at all, and my churro-topped donut was a bit stale. I’m guessing since it was evening, the donuts weren’t as good, but still, it was pretty busy so I would have thought they’d be a bit fresher. I’m happy to finally try Randy’s, though!

Spending the afternoon and evening with family eating out was fun and we had a lot of laughs. Exactly what a family outing should be like. 😄

Christmas morning means opening gifts, but in our family, it also means eating bagels, rye bread, cream cheese, salmon, pastrami, corned beef, roast beef, pesto, and cheese. And this year we also has some roast lamb, which was awesome!

The Xmas bagel tradition started when my aunt and uncle from the Bay Area brought down bagels and fixings from their friend’s deli back in the 80s, and we’ve done it every year since. This year, my aunt joined us for the celebration which made 2019 extra-special! ❤️

I hope you had a nice holiday!

Mariko and I tried Kagura, a katsu restaurant, for lunch today, and it was delicious! The pork cutlet, chicken, and croquette had a crunchy panko breading and were cooked to perfection… the meat was tender and juicy. Kagura has a couple of locations in Southern California, but we went to the small food-court location inside Tokyo Central market in Gardena. A good lunch option, and should be quicker than the other locations. Give it a try!

Hello! So, we were planning on getting curry at CoCo Ichibanya the night we arrived in California, but when we went, they said they weren’t taking any more customers because something in the kitchen had broken down and they couldn’t keep up with the orders. So… today we went for lunchtime curry. It was yummy!

You might know that at CoCo you specify the level of spiciness, and I always get the maximum (10). It was honestly not as spicy as usual, but still great. The rest of the family got levels 2, 2, and 5… maybe someday they’ll up their game. 😆

I love our curry tradition when we visit my folks for the holidays. It’s something we look forward to every year. 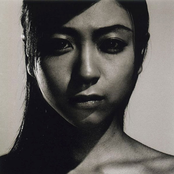 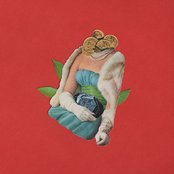 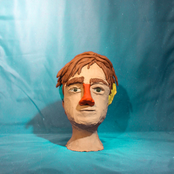 Can I Call You Tonight?
Dayglow
17 hours 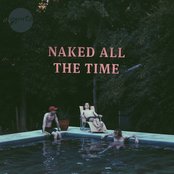 After the Moment
Craft Spells
17 hours