Wrapping up a super-busy couple of weeks of marching band competition, and also his four year high school marching career, Koa traveled to Indianapolis, Indiana to participate in the 2021 Bands of America Grand National Championship competition. It’s a huge event, with about 90 marching bands performing at Lucas Oil Stadium, the home of the Indianapolis Colts. The 3-day competition is incredible, with about 30 bands advancing to semi-finals, and 12 of those advancing to the final round.

We’ve seen most of the shows before in other competitions, so we knew that it was a longshot for Koa’s band to win, and even making semi-finals was not a given. But sure enough, their show made it to the semi-final round, and they performed at 8:30 am in the morning. Was it good enough for them to make it into the final round?

The announcer started reading the names of the 12 finalists, and Koa’s band’s name wasn’t coming up. I was counting on my fingers as the high school names were read off, and when I ran out of fingers, I lost hope. But then the twelfth name to be announced was Vista Ridge High School Band!!! I yelled at the tv, scaring our dog and cats! They had made it to finals!!

I think I share the view with most of the other band parents that making it to the finals was the big goal, and that we would be satisfied with even a 12th place finish. I think the band directors felt the same way because (I heard thru the grapevine) that instead of the normal pre-performance talk focusing on what to concentrate on, the kids were told to just go out, have fun, and savor the moment. 😀

The band did, in fact, finish in 12th place but to everyone’s surprise, they were the one band at the competition to receive an invitation to march in the 2023 Rose Parade! Unfortunately, Koa will have “aged-out” since he’s a senior this year so he won’t be able to perform there, but I’m really happy that the band he was a part of earned that spot for next-year’s band.

As parents of a senior band member, were a bit sad that we won’t be seeing him march anymore, but it was an awesome 4-year run. We enjoyed every performance!

At tonight’s marching band competition, all the bands took part in a “full retreat”, in which everyone goes onto the field for the awards. It was really cool to see because we haven’t seen it in a while due to the pandemic. It’s a really cool moment when all 12 bands “break rank” and go crazy and congratulate each other. Pretty much everyone swarms first place band. So fun!

Koa’s band competed today in San Antonio and we drove down from Austin to cheer them on. Luckily, we caught the band entering the arena while we were waiting for the doors to open up and got to give them words of encouragement, and also a few laughs. We have a large printed cardboard cutout of Koa’s face to hold up, and that got some big smiles from the Koa and the kids. 😄

I’m so proud of the marching band! They played great (Koa said it was their best run ever) and the crowd loved every second of the performance. Just two more competitions before marching band season is over. It’s coming to a close so quickly.

It’s kind of sad to think that after four years, marching band is almost over and that soon he’ll be going to college. That means both of our kids will be living away from us for most of the year. I’m excited for them both, but wondering how life will be.

But, time marches on! (pun intended 😋) 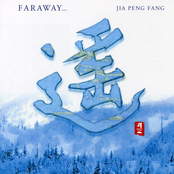 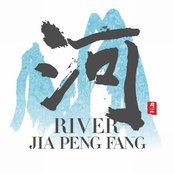