It’s been a while since Yoshitaka Yuriko has been on tv, but finally she’s back starring as Rinko Kamata in Tokyo Tareraba Musume (東京タラレバ娘). It’s a fun romantic comedy about three 30-year-old unmarried women and their relationship adventures. The story is just so-so, nothing new (so far), but the acting is good and there are some really funny scenes, where the character’s emotions are visualized with CGI effects, such as lightning coming down from the sky to vaporize the person who pissed Rinko off, or Rinko being shot with an arrow when she gets back-stabbed by a co-worker. The timing is great, and Yoshitaka Yuriko’s expressions are perfect.

As of episode 4, it’s a must-watch for me, but of course I tend to like these not-too-deep doramas. I love Japan so much, and I especially enjoy the scenes of the city. The izakaya that many of the scenes takes place in looks so great. My favorite type of restaurant/bar!

Please take a look at the teaser for the show below:

And lastly, I love the ending theme song by Perfume. It’s great! Enjoy:

Hi! I finished watching Nigeru wa Haji da ga Yaku ni Tatsu (逃げるは恥だが役に立つ) a couple weeks ago (and it’s showing on TV Japan now) so I thought I’d write my thoughts about it.

First off, I enjoyed it quite a bit! It’s got a sort of “underdog guy gets the pretty girl” thing going on like Densha Otoko, but it’s a little more nuanced in that the woman, Mikuri, played by Aragaki Yui, has her own flaws. The plot is basically that the two main characters enter into a contract marriage out of convenience, but over time they develop feelings for each other. It’s a predictable story, with the inevitable break-up and reuniting, but it’s fun nonetheless.

There were some really funny off-the-wall parts, with parodies and references to other shows and celebrities. My favorite was when the couple were traveling by train to a ryokan and she does a mini-parody of a JR ad. It was pretty clever. Also, the supporting characters are funny and do a good job keeping the plot interesting. I think the final few episodes dragged on a little too much, but still, it wasn’t too long.

Nigeru wa Haji da ga Yaku ni Tatsu also had a really popular theme song, sung by Hoshino Gen, who played one of the main characters. At the end of each episode, the cast dances to the song, and it became a mini-sensation in itself. Even the US Embassy in Tokyo did their own version! If you watched the 2016 Uta Gassen, you saw Hoshino Gen performing the song.

If you have the chance to watch Nigeru was Haji da ga Yaku ni Tatsu, I recommend it! Aragaki Yui and Hoshino Gen are great in it. It probably won’t win any awards, but it’s a fun show!

My second dorama to watch this year is Cold Case (コールドケース) which is the Japanese version of the US crime/detective show. It’s a 10-part series, centered around a group of detectives who take up unsolved cases from years ago. I enjoyed each episode because the plots were so varied, and there’s a ton of nostalgia too because some of the episodes flashback to the ’80s and ’90s and occasionally play pop songs from the era. なつかしい！. But, there’s also an episode in which the crime happened in the ’50s, and then an overarching story which takes place in the present. So there’s a ton of opportunity for the stories to go in many directions.

One of the things I really liked about コールドケース was the casting. Yoshida Yo (吉田羊) in the starring role did a great job, and the other detectives were strong and believable, each with their own mysterious pasts. None of them were explored deeply except for Yoshida’s character, but I’m hoping for another season so we can find out more!

If you like serious crime/detective shows, I highly recommend コールドケース. There’s no comedy or lighthearted moments, so if you are looking for hijinks you will be disappointed. But if you want good acting, believable characters, and a clever plot, give it a watch!

Lastly, check out the Instagram feed for the show to see photos of the cast which includes many guest actors. It’s fun to see them enjoying behind-the-scenes moments which is a huge contrast to the serious plots!

Tonight’s photo is of cowardly me covering the operating table in a scene of a Japanese drama I am watching. Season 2 of Doctor X shows a little bit more gross stuff, so I need to be even more vigilant! Love the show, but hate the blood. 😱

I hope you had a nice day! Especially wishing my Mom a Happy Birthday! 🎂

I watched the 11-episode manga-based action/mystery dorama, Tantei no Tantei (探偵の探偵) last week and was impressed with how good it was. I usually decide after three or four episodes of a dorama if I like it enough to continue watching, but Tantei no Tantei had me hooked from the first episode.

To start, Kitagawa Keiko (北川景子), who is one of my favorite actresses, is in the starring role, so that is a huge plus, and the rest of the cast is also strong, especially Kawaguchi Haruna (川口春奈) and Iura Arata (井浦新). The dorama just needed a good story, and it delivered on that as well.

There will be some spoilers below, so before that, I’ll just say that Tantei no Tantei is a dark mystery, with a fair amount of action (and blood), several plot twists, and a satisfying ending. If that sounds like something you are interested in, find this dorama and give it a watch!

The story starts out with Sasaki Rena interviewing at a detective school. We learn that her younger sister, Sakura, was murdered a few years earlier, with the killer receiving the help of a crooked detective. Sasaki states that she doesn’t want to become a detective, but wants to learn about detectives, so she can track down the person who led the murderer to her sister. It’s basically a story about revenge.

Sasaki eventually joins Suma Research, a detective agency, as part of a newly-formed “Anti-Detective” department. Her job is to keep an eye on corrupt detectives and expose them, but while investigating these detectives, she’s also searching for clues to finding the “Death God”, which is the name she calls the detective who was involved in her sister’s murder.

I liked the fact that the episodes weren’t stand-alone mini-stories as so many doramas turn out to be. Each episode reveals more about each character, and the plot advances at a good pace. I liked the story so much that I binge-watched episodes 1-5 until 3 AM one morning!

Another thing I liked is that the story is gritty without being too gross. There’s a lot of fighting and plenty of blood in the story. At one point, one of the characters says, “Our detectives noticed that Sasaki Rena’s face has a lot of bruises on it.” Duh, that’s her face in like half the show! The make-up artists sure must have been busy.

I also liked the fact that characters actually get killed in the show, and not just the criminals. One of the main characters, a police officer named Yuma, gets stabbed three times in the stomach, and dies in Sasaki’s arms. I was like whoa, no way! Unexpected! It seemed like that character was on track to become Sasaki’s love-interest, which would have been way too convenient for the plot, so his death was definitely a shocker. But then a minute later, we find out that Yuma is in the hospital, fighting for his life, and I thought how typical that was… none of the good guys die. In the next scene Sasaki sneaks into the hospital to check on Yuma’s condition and we find out he actually did die. Learning this, I was pleasantly surprised! (That sounds bad, doesn’t it?) What I mean is that it set a dark precedent that no character was immune to harm.

There were a few things I didn’t care for in Tantei no Tantei. For instance, there was a pivotal scene in episode 7 in which a police helicopter is hovering over a huge fight involving 20 or so people. It seemed like the police on the ground took forever to appear. In general, the police seemed completely inept… I don’t think they did anything beneficial. Yuma was only one who did anything, and he got killed. Anyways, that particular scene could have been handled better. It was awkward and not very realistic. Perhaps the producers could have brought in a better director for that scene.

I also didn’t care too much for episode 10, in which we are introduced to several other detectives from rival agencies. These were played by popular actors, and it seemed like such a shift in the feel of the story. For the first 9 episodes, we followed the same set of dark characters operating in a serious and unforgiving world, and then boom, episode 10 changes the tone with a comedic, light hearted, ensemble cast. It felt so forced. Like the cast of a comedy dorama made a guest appearance in Tantei no Tantei. The serious tone was lost. These new characters were squarely in the “immune to harm” camp.

Thankfully, the story shifted back to the dark tone at the end of episode 10, where the elusive “Death God” is finally revealed, and the final episode (11) was devoted to the confrontation between Sasaki and her nemesis. It was a satisfying end to the story, and I hope there is a sequel. The directors kept the door open so that the story can pick up immediately, so there is a possibility! Truthfully though, I don’t think the ratings for the series was high enough to warrant a second season. But I’ll hold onto hope.

Anyways, I would recommend this dorama to any mystery fans out there. Well acted and good story! Well worth the time – 8 out of 10 stars.

Bonus photo – the cast having some fun: 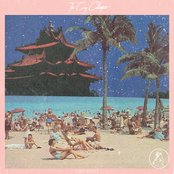 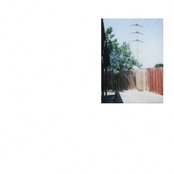 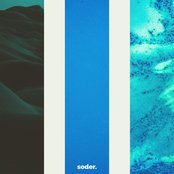 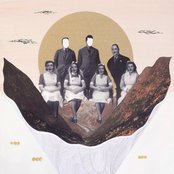 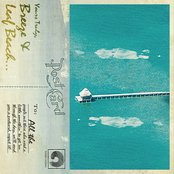